You may have missed this, but a first baseman in the Milwaukee Brewers organization recently came out of the closet. David Denson hasn't made the major leagues yet, but he's just 20 years and is considered one of the organization's best prospects. 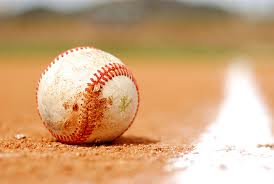 It's been interesting to follow gay athletes like Jason Collins (basketball) and Michael Sam (football) come of the closet the last couple of years. It's a development that's come about much more slowly in men's sports than women's.
OutSports.com did a story getting reaction from those in the Brewers organization, including the team's biggest star, Ryan Braun.
"I've never met him, but I hope baseball as a whole is at a point where we judge people by their ability and not their race, religion, ethnicity or sexuality," Braun told OutSports.com. "I can't speak for everybody on our team, but he would be accepted and supported by me. And I would hope all of my teammates feel the same way."
Let me be clear about something. I don't like Ryan Braun because of this. But that was a pretty cool thing of him to say. I guess is dislike him a little less now.