In what category is Kenny? 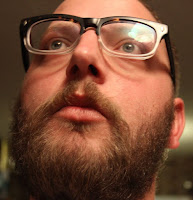 This may only interest you if you're into film making, but I just read this column suggesting there are four types of video editors.
If it does interest you, you might be asking in which category our own editor, Kenny Linn, falls.
Well, I would never categorize Kenny - but if I did, he would mostly fall into "storyteller." He knows the way words are delivered are just as important as the words themselves. He knows sometime you don't need words. He shares my goal of making a story flow. And he's brought terrific ideas to the project that never would have occurred to me.
Posted by Unknown at 11:19 AM No comments:

Back to Central Christian 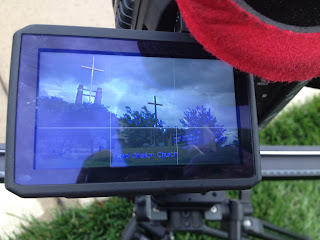 At the end of our Kansas church tour shoot this week, we arrived back in Wichita just in time for the magic hour (which is more like 20 minutes, according to Kenny). As most photographers know, that's when the light is most beautiful before sunset, and that's when we took our long-awaited shots of Central Christian Church.
I wasn't expecting to feel emotional when we did this, but being back at CCC brought back a ton of great memories from when my kids were small. My son was baptized there. I'd forgotten I sometimes volunteered in their classrooms at Central Christian Academy. Their teachers were simply outstanding. Good times.
Posted by Unknown at 10:27 AM No comments: 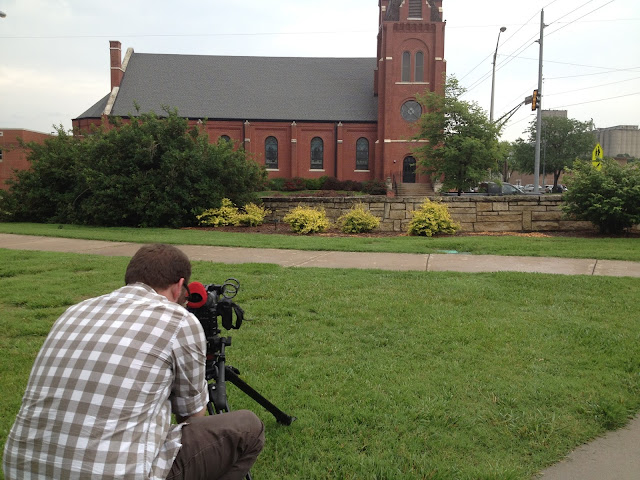 Kenny Linn, our editor and DP, and I spent the entire day Thursday shooting various churches all around Sedgwick, Harvey and Reno Counties. And when say the "entire day," I mean from 10:30 a.m. to 8:15 p.m.
Amazingly, we were able to work all the shoots we wanted around the sporadic rain and hail showers that hammered us all afternoon. The highlight of the day was meeting up with my crazy friend Rachael, who was more than happy to show us her favorite unusual churches in Hutchinson. We got lost at least three times, and at one point Kenny fell asleep as we were flying down a muddy country road.
This was our last scheduled day of shooting, and the shots were not as easy as you might think. For example, St. Mary's Catholic Church was recommended to us by a handful of former Newton residents, and it is beautiful, but all these power lines prevented us from getting a clean shot of the front. Pictured here is Kenny trying to get a nice shot of its side, but we ended up cutting it in our editing session later than night.
Oh yes, the editing. We ended up doing that at Kenny's house all night. I left his house at nearly 5 this morning.
Posted by Unknown at 7:54 PM No comments: 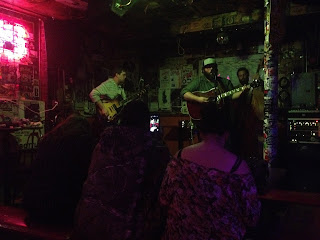 This is Kirby's Beer Store, a place in which I spent a fair amount of time in college, since it was directly across the street from Wichita State's student newspaper, The Sunflower.
I talked editor Kenny into spending a couple hours there last night for Kirby's "May Songwriter Sessions." Brody Wellman, who has helped us with sound for "Out Here In Kansas," plays the upright bass for Kirby's house band. Our friend MariaElena, who scored the movie, also performed.
Tomorrow, Kenny and I hit the road again for the last of our post-production shots.
Posted by Unknown at 11:00 AM 1 comment:

What would Jesus do? Probably not this

"Oh, no."
That was my gut reaction to yesterday's news that reinforced Wichita's reputation as the worst place in America to live if you're gay.
Trinity Academy, a private Christian high school in Wichita, has publicly reminded us on its application it has the right to expel students who have a gay family member. Yikes.
I'm not sure how long this has been on Trinity's application, but the school's administration was forced to go into spin control mode (albeit not on camera) after it blew up on social media - and the real media -yesterday.
The former Trinity student KSN's Brittany Glas interviewed for its story on the link above is married to a former co-worker of mine. Many of my kids' classmates at Central Christian Academy are now attending Trinity. My daughter used to attend their cheerleading camp. Pastor Joe Wright, who has been crucial in the making of our documentary, was a key part of creating Trinity in the first place.
So as a Christian, my reaction to the story was not anger, but sadness. For Trinity to put that statement in black and white seems to go against everything I've been taught about Jesus. 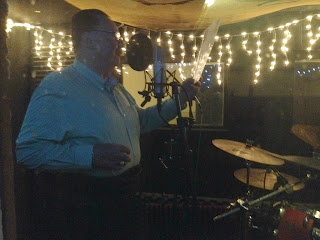 Pastor Joe Wright has granted every request we've made in our effort to finish Out Here In Kansas, and I thought I had things wrapped up with him last year.
Back then, I assumed we would be able to use this sound byte from the late Paul Harvey reading Pastor Joe's most famous prayer. But I've now been told by two attorneys that I will never get the blessing of Paul Harvey Jr. (Ram Trucks convinced him a Paul Harvey-voiced Super Bowl commercial was OK, though. Good for them.)
Anyway, I finally booked a studio and asked Brother Joe to just voice it himself. He graciously helped us once again.

Posted by Unknown at 7:22 AM No comments: 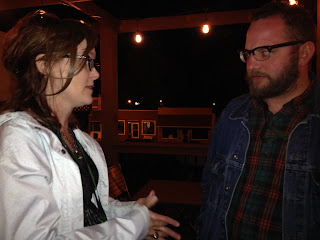