Can we leave politics out of it? 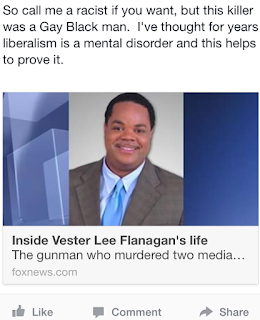 It's not often I de-friend someone on Facebook - I have a thick skin and I'm certainly not petty - but I'm think it might be a good idea to drop this dude. I've never met him and I don't even know what he looks like, but I somehow doubt he is on board with what we're trying to do with "Out Here In Kansas" (which is not a "liberal movie," just for the record).
In fact, being liberal or conservative doesn't have much to do with our story, and it's definitely a dumb time to bring it up in wake of the Roanoke, Va., shooting this week. WDBJ is a sister station of Wichita's KWCH, where I once worked and still have many friends. It's obvious many of them are shook up, including my friend Pilar Pedraza, who is in Virginia with several others from the KWCH team to cover the story .