A shout out to Boise 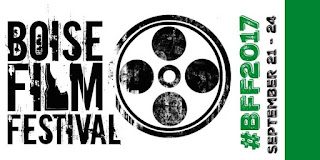 In all the excitement of the Austin Film Festival, I overlooked an important stop on the "Out Here In Kansas" tour that was going on at the same time: The Boise Film Festival.
This was the third year for the festival, and if you've never been to Boise, you should. My sister and her family lived there in the mid-1990s and it became one of my favorite cities.

Posted by Unknown at 8:22 AM No comments: 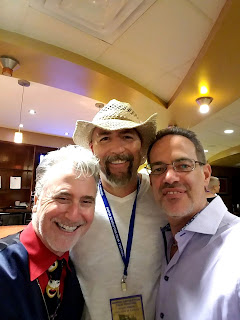 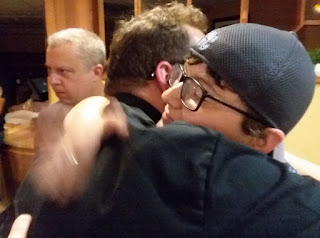 I thought I was done writing about our trip to Austin last weekend, but I've got to explain these two photographs I've grown to love dearly.
First, there's the one of me posing with these two guys. I found it on my phone on the way home from Wichita. It was texted to me at 2:08 a.m. from a number I didn't recognize, and my immediate reaction was "What the hell?"
Then I remembered. At the Austin Revolution Film Festival, our documentary "Out Here In Kansas" was paired with a hilarious series of PSAs by "Pot Brothers at Law." They are actual California defense attorneys who are - you guessed it - champions for cannabis legalization.
The guy on the left, Marc Wasserman, is also an actor who as a child appeared on "CHiPS," "Magnum P.I.," "Family Ties" and "The A-Team."
Some of the Pot Brothers' "tips of the day" can be found here. (Warning: do not watch if you're opposed to strong language and marijuana use.)
The reason I love that picture is that we were having such a great time despite our vastly different backgrounds. They're Jewish dudes from the west coast, I'm a Christian dude from the Midwest, and they admitted that they didn't have much interest in sticking around for our documentary once their five-minute segment had finished. But they got sucked in by the story, which is about the highest compliment a filmmaker can get.
Speaking of filmmakers, the other photo is of our editor/cinematographer Kenneth Linn (left) and producer Savannah Rodgers hugging the night "Out Here In Kansas" won best documentary short. I would not describe either of them as big huggers. Maybe I'm wrong.
Posted by Unknown at 6:48 AM No comments:


So, first thing's first. We won. "Out Here In Kansas" had a terrific screening and was named best documentary short at the Austin Revolution Film Festival over the weekend. So there's that, and I have a belt buckle to prove it. (Not kidding. They gave me a real Texas belt buckle.)
Funny story about that, actually. Kenny and I couldn't even get into the ceremony. It was completely full. So we made a couple of drinks and hung out with other people who couldn't get in, who included Josh Hope, director of the Twister Alley and Windy City Film Festivals, as well as dozens of actors and directors. I like to think we had more fun than if we'd actually been sitting inside. (Although it was a little awkward when a woman walked out and said "where were you guys?" Anyway, producer Savannah was inside to accept it for us. That's her in the video I attached.)
Awards aside, the whole weekend was an incredibly rewarding experience because of the people we met and the movies we saw. There are far too many of both for me to name. But I would like to thank festival director James Christopher and his team, who put on first-class event that we'll remember for the rest of our lives. It was an excess of film, fun and food. (Did I say food? In between Denny's and Whattaburger, Kenny and I went to a place in downtown Austin called Cooper's Old-Time Pit Bar-Be-Que. I've been eating the leftovers for two days now.)
You can see a photo gallery of our weekend in Austin here.


This is a little look at the Blue Starlite Mini Urban Drive-In on the outskirts of Austin, Texas. It is a delightfully campy place to watch a movie - or several movies, as was the case last night. Kenny and I took a "party bus" there to watch the horror shorts block at the Austin Revolution Film Festival.
We took in another movie when we got back to our hotel, which serves as the festival's headquarters. Yesterday was a long day. We started it in Dallas, where we caught up with former Wichita sportscaster Steve Dennis to do an interview for our current project. When we arrived in Austin, the first person I saw was festival director James Christopher. I was then hugged from behind by our producer, Savannah Rodgers. You could say I felt at home right away.
Along the way, we've chowed down on some serious beef at Cattlemen's Steakhouse (Stockyard City, Okla.), drank a few Shiners at Two Charlies Bar and Grill (Denton, Texas) and I bought Kenny his first In & Out burger somewhere along I-35.
We've already met a ton of interesting people, and we expect to meet more when "Out Here In Kansas" screens here in a few minutes.

Gearing up for Austin 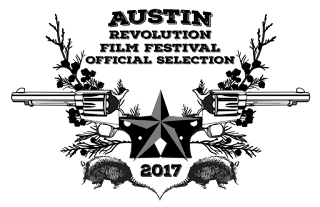 Kenny and I leave Thursday for Austin, Texas, where "Out Here In Kansas" will be screening next weekend. From what we've heard, it will be three days of fun events, great movies and networking with other filmmakers.
"Out Here In Kansas" will play 1 p.m. Saturday, Sept. 23 at the Doubletree Austin. If you're interested in attending, here is a map.
Posted by Unknown at 7:30 PM No comments: