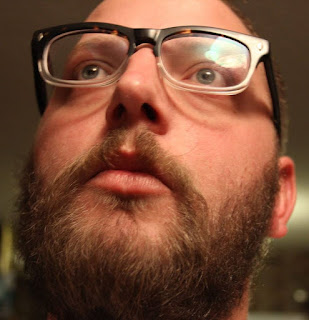 A huge congratulations to our editor, Kenny Linn, who was on the filmmaking team that won the Tallgrass Film Festival's "Down To The Wire" Showcase competition over the weekend.
Down To The Wire is intense. Teams have 24 hours to create and submit a short film, and there are many guidelines - including four elements that must be included (the use of a closet, for example, was on the list last weekend).
This year, there were 27 teams. Kenny was on Team 22, which submitted "Plenty of You to Go Around," produced and directed by Nick Brown. It was first place overall in the judges' awards, and also received awards for best cinematography and best actor (Mark D. Anderson).
Alas, Kenny hasn't had much time to celebrate. He's been watching films as a judge for the inaugural Doc Sunback Film Festival later this week.
Posted by Unknown at 2:39 PM