How today's ruling affects our film 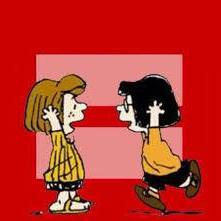 In light of the U.S. Supreme Court legalizing same-sex marriage nationwide this morning, I thought it would be appropriate to share the new Facebook profile picture of Burt Humburg, the main character of "Out Here In Kansas." (Besides, it made me laugh.) The reaction on social media has been incredible. I haven't seen too many people decrying the decision yet.
But Kansas Gov. Sam Brownback isn't happy about the ruling, naturally. You can bet Pastor Joe Wright, the other central figure of our film, isn't either. The Kansas Marriage Amendment, which Wright and Terry Fox worked so hard to get passed by voters to make gay marriage illegal in 2005, is now void.
Well, it's void for now, anyway. If there's one thing I'm sure of, it's this is going to be a hot issue for years.