What drew me to Jon Pic? 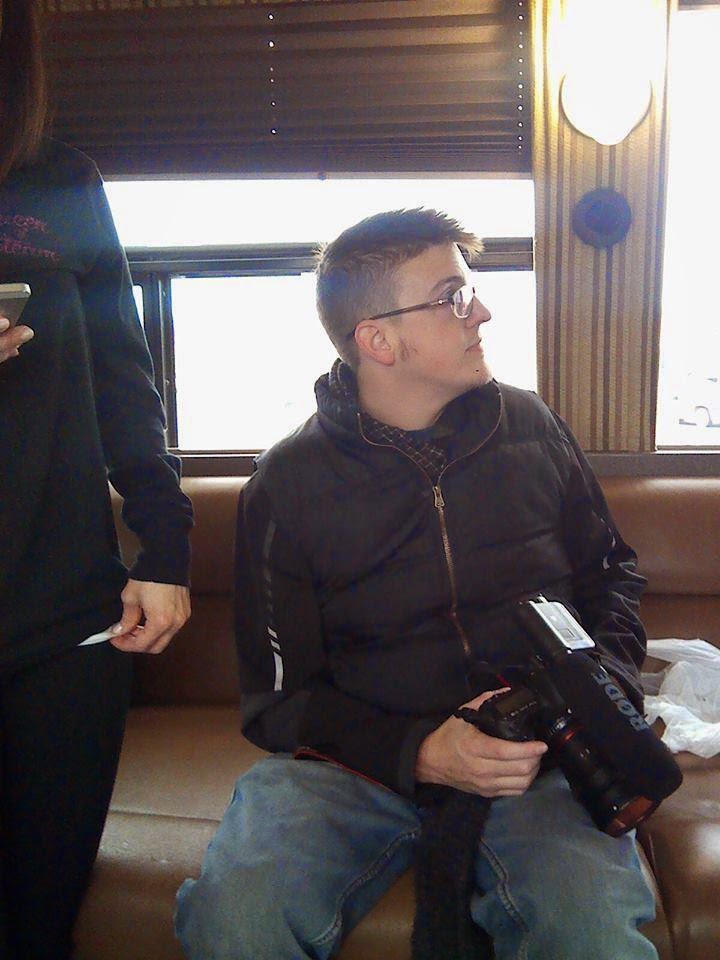 This is Jon Pic. I would first of all point out that if you work with cameras for a living, there are worse names you could have. Anyway, this is him on a bus full of attractive women on their way to a Steampunk Festival in New Mexico last weekend.
I'm still not sure what Steampunk is, even though he has patiently tried to explain it to me. I do know he spent a lot of time taking photos of models, doing ice luge shots with models and drawing a elaborate temporary tattoo on a model's skin.
It was on a complete whim that I called Jon a few months ago and asked him if he wanted to shoot a documentary with me. I barely knew the guy at the time, and I don't recall discussing movies with him before that conversation. I just had a feeling we'd click.
My gut was right; he was completely on board. It's been rewarding to spend time and exchange ideas with Jon. He always tells me what he thinks, even if I don't want to hear it. Don't we all need someone like that?