How you can watch "Out Here In Kansas" 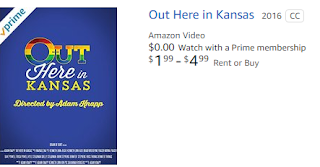 Our 30-minute documentary, "Out Here In Kansas," was finally made available on Amazon.com last night. You can find it here.
It is free to watch if you don't mind having ads. It's also free if you have an Amazon Prime membership.
Otherwise, it's $2 to rent and $5 to buy. However you choose to watch it, I truly hope you do. It's the most important project I've ever done, and I'm proud of it.
Posted by Unknown at 2:41 PM No comments: 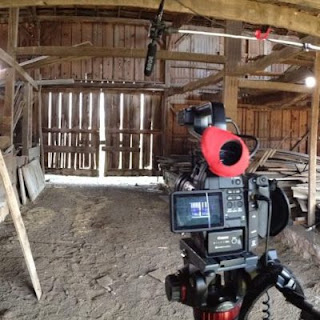 Remember that post from Monday morning, in which I wrote that "Out Here In Kansas" would be available on Amazon by the end of the week if everything went as planned?
Well, it's the end of the week and there was a little hiccup caused by one of our promo photos. We're hoping the documentary will be up online any day now, and we'll certainly make an announcement when it is.
In the meantime, here's a picture of a barn.
Posted by Unknown at 2:55 AM No comments:

We're about to go public 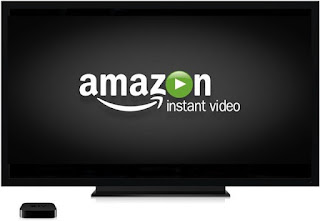 Assuming everything goes as scheduled, "Out Here In Kansas" will be available to view on Amazon Prime by the end of the week.

We'll have more details as it gets a little closer, but we wanted to get the news out now. Since its world premiere on Oct. 11, 2016, the 30-minute documentary has screened in much of the United States and won first-place awards at the Jim Thorpe, Twister Alley, Glitter, Outlaw and Austin Revolution Film Festivals.

Posted by Unknown at 2:46 AM No comments:

What's the hold up? Closed captioning 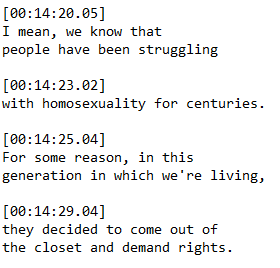 I've been saying for awhile now that "Out Here In Kansas" would be made public by the end of the year. Please note that I did not specify which year.

But seriously, folks ... it is still our intention to do this by the end of 2017. The sticking point has been figuring out how to provide closed captioning for the documentary, which is not optional. I think we may have found a service that will work. Stay tuned.

Posted by Unknown at 7:47 AM No comments:

Look at this thing 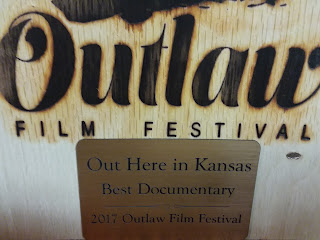 We've received some pretty cool awards on the film festival circuit this year, but I don't think any of them are as unique as the free-standing plaque we received at the Outlaw Film Festival in St. Joseph, Mo.
It's basically a hunk of tree, with the bark still on the back. Festival director Lisa Erdman had a brand made with the Outlaw logo on it, and had a friend make the trophies with scrap wood from an Amish sawmill.
Posted by Unknown at 9:22 AM No comments:

A few words about Russ Thomas 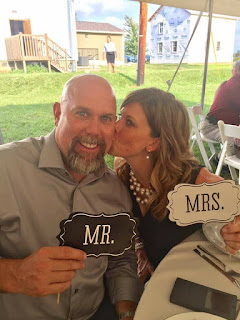 Russ Thomas has been my best friend for so long, my parents still refer to him as “Eddie Haskell.” (I’ll make sure Adam doesn’t get into any trouble tonight, Mr. and Mrs. Knapp!”) I helped Russ and his family move from Kansas to his wife’s hometown of Orrville, Ohio a couple years ago. That was the same week he told me he and Jenn wanted to be executive producers for “Out Here In Kansas.”
Here’s the weird part, though. They’ve gone all these months without seeing it, because I wouldn’t send them a link. I kept thinking it was going to play at a film festival near them, or that they’d catch one of our screenings on a trip back to Kansas. I really wanted them to see it on a big screen, but never happened.
Fortunately, they have a pretty large television at home. I finally emailed Russ a link so he and Jenn could watch it.
Russ called me the next morning, which was yesterday. He said following the movie, he and Jenn had a long discussion about what it meant to them. They didn’t agree on everything, but that was OK.
Then Russ and I spent the next 30 minutes talking about what it meant to us. Really, that’s a huge reason why I wanted to make “Out Here In Kansas” in the first place.
Posted by Unknown at 11:39 AM No comments:

The first thing you see in the closing credits of "Out Here In Kansas" is a list of five couples. They are our executive producers, which means they made the film possible by funding it.
I've written about my uncle, Bradford Devine, and his wife Norma. They never hesitated with their support, even when I painstakingly had to replace Uncle Brad's narration with my own after our story changed direction. (That was not an easy phone call to make, considering Uncle Brad flew in from Florida to record his lines. But he couldn't have been more cool about it, especially after seeing the finished product.)

I've written about Dave and Trish Powell, who became the first to write us a check after reading about "Out Here In Kansas" online. When I met with them, I don't think they were even expecting to be in the credits, let alone as executive producers. They just wanted to help a worthy project.
I've written about Kyle and Shelly Steadman, who always support the arts and are two of the biggest reasons why Mulvane might be my favorite town in Kansas.
I've written about John and Jenn Stephens, longtime friends who really took care of us anytime we had a screening in the Kansas City area. ("Spoiled us" might be a better description.)
But you know who I still haven't written about? Russ and Jenn Thomas. Which is kind of funny, considering Russ is my best friend. I should probably save him for another post.