... And this is how the interview ended

This man giving me a kiss is Monty Lewis, the football coach at Friends University. If you've ever met Coach Lew, this photo will not surprise you. He's a genuine, affectionate bear of a man. If he wants to hug you - as I once wrote in the Wichita Eagle - that hug will be over when he decides it is. 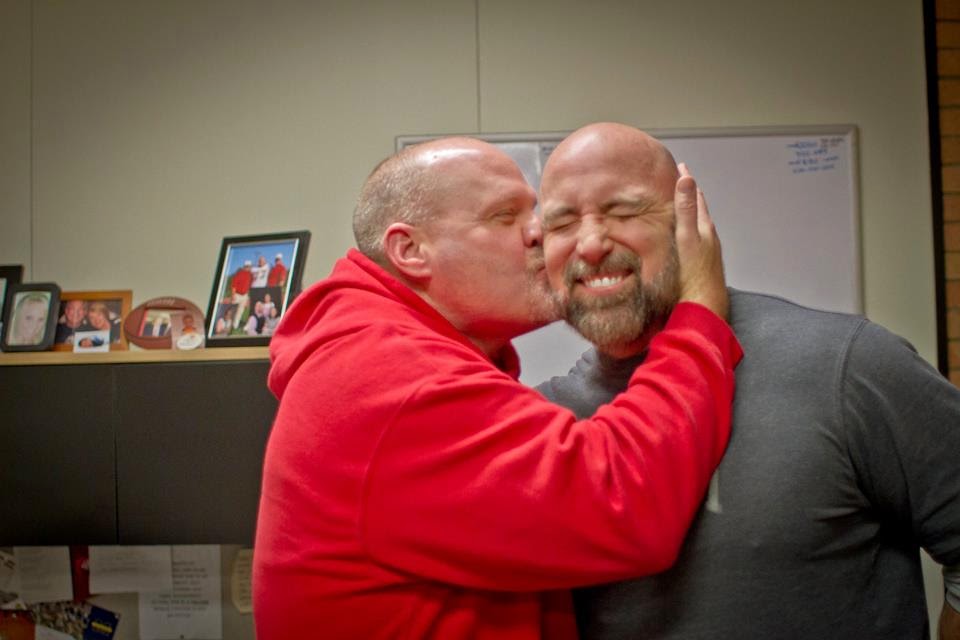 I've always admired Lewis for his integrity, and the way he and his wife Pooh treat their former players like family. He was recruited by and played for Dennis Franchoine, he coached with Urban Meyer - his big-college contacts run deep. But Lewis was always more comfortable with the close player interaction that small college football allows, and his 145-71 record is only a sliver of the legacy he'll someday leave.
Luckily for us, Lewis is also a terrific interview. Burt Humburg, the subject of our film, played for Lewis for four years at Southwestern College and considers him a father figure.
If I may speak for Jon and Kenny, our interview with Lewis last night made us all feel great about where the documentary is headed.