'Know ye not that you are peculiar people' 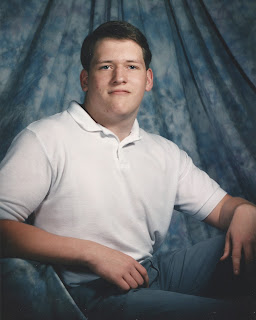 That's a passage Burt threw out during one of our interviews and I have to admit, I wasn't quite sure what it meant. He was describing his childhood, and in particular the way he was brought up.
"You're supposed to be not of this world," he went on to explain. "You're supposed to be reading the Bible when all your other friends are watching movies or checking out comic books or trading baseball cards ..."
I don't think I've mentioned it on this blog, but Burt's knowledge of the Bible is impressive. While kids his age were in children's church, he and his brother were sitting in the regular service with adults. That's where he was taught at an early age that being gay was a sin. And that's why he suppressed his gay feelings until he was well into his 20s.
Posted by Unknown at 2:00 PM