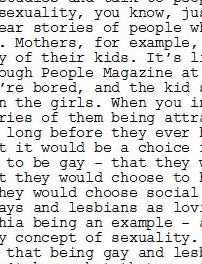 Well, I'm at a quiet-but-busy point in the film making process.
Our editor Kenny is is Greensboro, N.C., participating in The 48 Hour Film Project.
Our narrator is flying in to do his thing at the end of the month. Jon Pic, who does so many things it's hard to give him a title, is working on illustrations.
Our final shoot in Iowa is on hold until I can get things worked out with the hospital in which Burt works.
In the meantime, our new business manager has charged me with several tasks - not the least of which is visiting with a representative from the Tallgrass Film Festival, which I did earlier today.
But the No. 1 thing on that list is to complete the screenplay by the time Kenny gets back July 19. There's a lot of moving parts here, but I think that's doable. To write screenplays, by the way, I use software called Final Draft, which I highly recommend, if you're into that sort of thing.