What's that dirt doing in my hole? 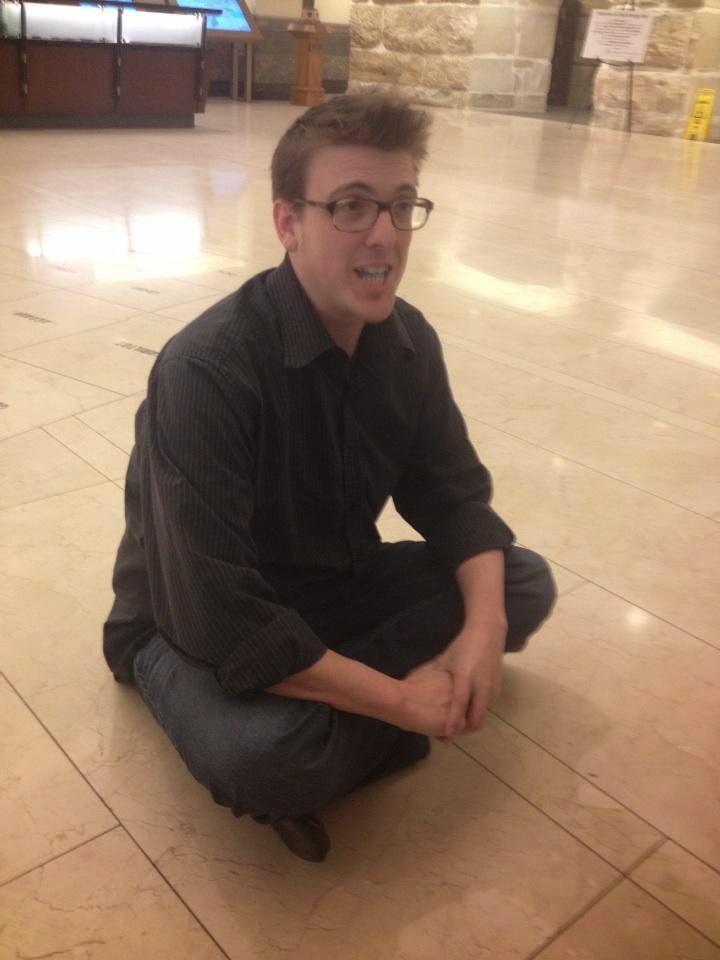 You know that scene in "Cool Hand Luke" when our hero is ordered to dig a deep hole, only to later be asked what that hole is doing there, and so on? That must be a little what poor Jon Pic feels like right now.

Jon (pictured here sitting on the floor of the Kansas Capital Building last month) came up with three terrific art concepts to present our new film title. We all agreed on one. That was a couple of weeks ago.

But Andy and I keep asking him to tweak it. That's what he's doing today, instead of watching the first day of the NCAA Tournament.

(That's an inside joke. I'd be shocked if Jon even knows the NCAA Tournament is going on.)

We're just a few days away from our own version of March Madness: Announcing the title and wordmark logo for our film. The title was Jon's idea, too.
Posted by Unknown at 1:21 PM